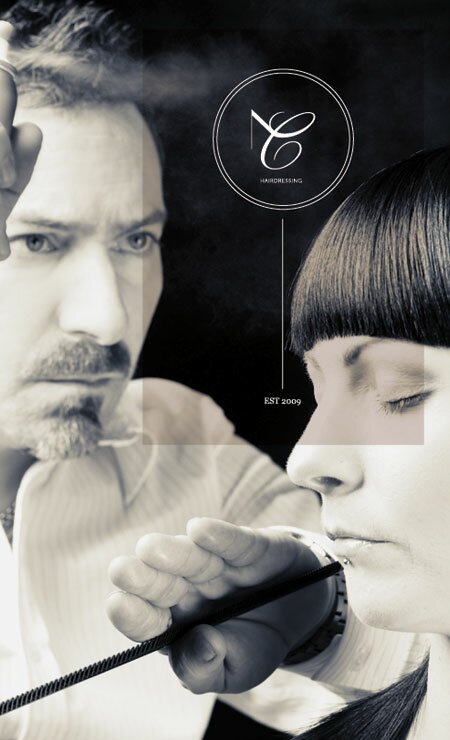 Niall Colgan began his hairdressing career as part of the Hugh Campbell Hair Group where he stayed for twenty years. By the time he left, he had one of the top jobs in Irish Hairdressing as manager and Creative Director of the group's flagship Marbles salon.

The Hugh Campbell Hair Group is founded on the principle of Growth through Education, and Niall was at the heart of this. In addition to training many staff members within the group, Niall was also a trainer at the L'Oreal National Academy in Dublin. Niall played a major role in Hugh Campbell's Artistic team, introducing annual collections and also competing in major national competitions (L'Oreal Colour Trophy, Irish Hairdressing Championships).

ln 2004, Niall was head-hunted by Bellissimo, to lead their Limerick hairdressing team as Creative Director. ln this role Niall brought about major changes in the design of the salon, introduction of a proper staff training programme which led to Bellissimo opening a dedicated training academy. In this time the Bellissimo hairdressing staff increased from seven to over forty, and under Niall's guidance Won a number of major awards including European and World Hairdressing Championships.

In 2009 Niall opened his own salon, Niall Colgan Hairdressing. As 2012 "Limerick Salon of the Year" it is located in a 1500 sq. ft. retail unit on O'Callaghan Strand. The salon is decorated and fitted out to world class standards. Niall currently employs fourteen staff including educators and stylists with high level,internationally recognized qualifications.

Niall's philosophy is "passion for hairdressing, dedication to service, ability to communicate and openness to learning with a desire to pass on knowledge". This is something he instills in all his team. He has always believed in growth through education, and is very much in demand throughout the country for his cutting seminars.